This modifier simulates the effect of wind on particle movement. 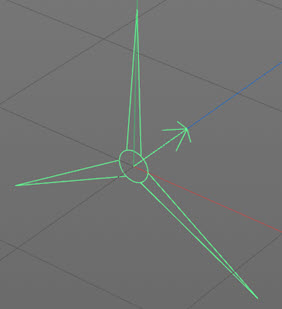 You can rotate the modifier on any axis and the particles will be blown along the axis shown by the arrow. By default this is along the positive Z world axis. 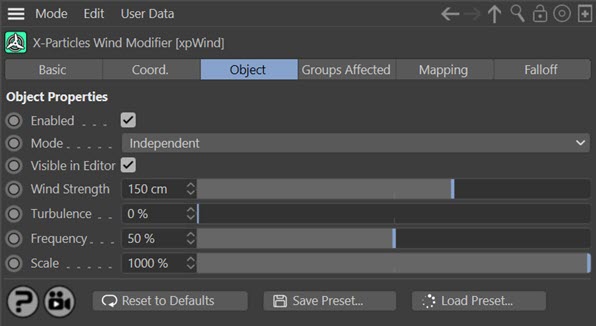 The strength of the wind effect. Negative values are permitted and will reverse the wind direction.

The amount of turbulence in the wind, as with the standard Cinema 4D modifier.

The turbulence frequency and scale, as in the Turbulence modifier.