This modifier lets you change which object is generated by an X-Particles Sprite object, and which material the sprites use. 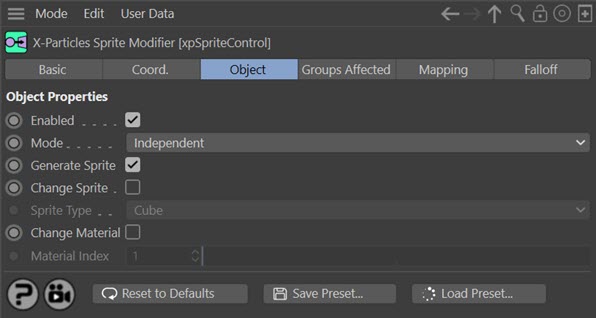 If this switch is unchecked, the Sprite object will not generate an object for the particle.

If the 'Change sprite' button is checked, you can use the 'Sprite type' drop-down to select which object is generated by the Sprite object. So for example, you could use this to change spheres to lights. If you do this, be sure to set up the parameters of the new type of sprite in the Sprite object before using the modifier.