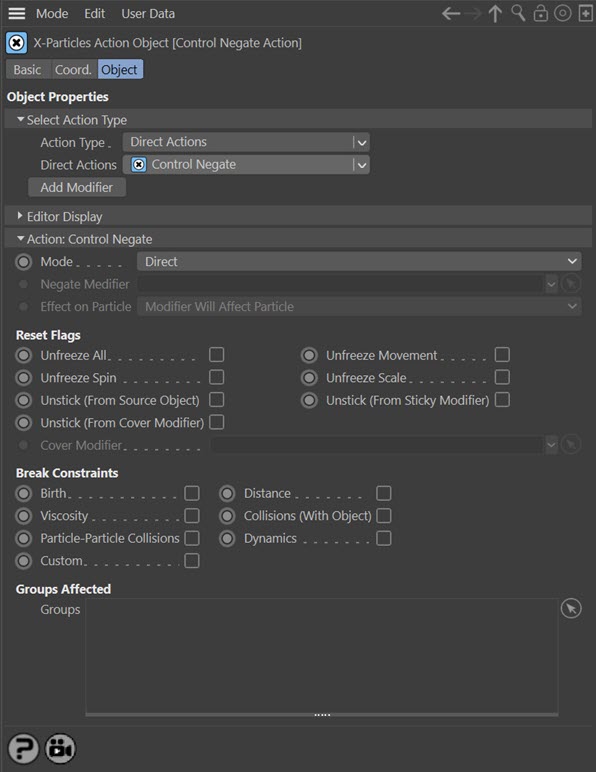 The Action will cause the selected flags to be reset or break the the selected constraints. It does NOT require a Negate modifier. This lets you reset the flags at a precise point without having to work indirectly through a modifier, which can be a little convoluted for such a simple alteration.

In this case the Action will let you control the operation of a Negate modifier in the scene.

This field accepts a Negate modifier which you drag into the field from the Object Manager. Without a linked modifier, you cannot access any of the other parameters and the Action will have no effect. In addition, in the modifier's interface the Mode parameter MUST be set to 'Action-controlled'. If it is set to 'Independent' the modifier will simply work on its own like any of the standard Cinema 4D modifiers and the Action will have no effect on it.

Note that the action only breaks existing constraints. It won't prevent new ones from being formed. For example, if you break distance constraints and the particle is still being affected by a Constraints object, the distance constraint may be immediately remade and it may appear as if nothing has happened.