The Ocean object generates an animated mesh which simulates an ocean. 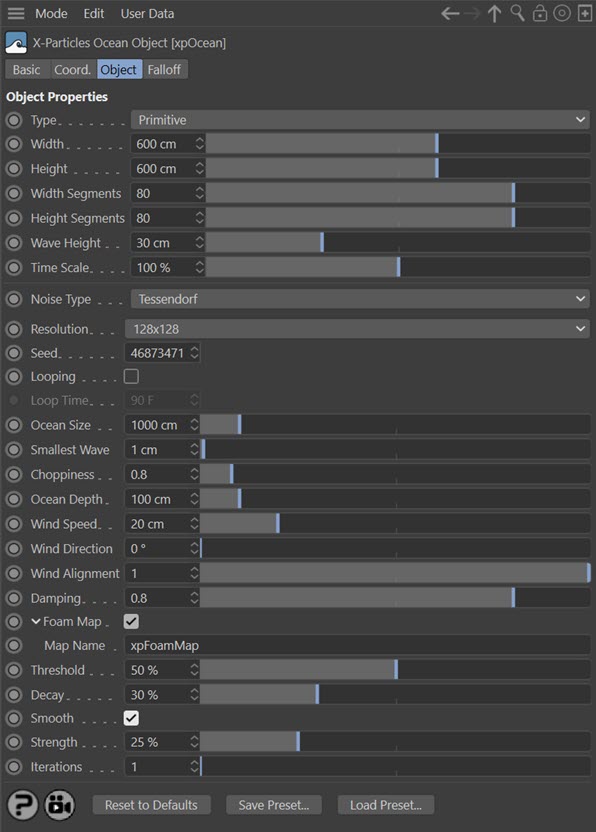 For the 'Falloff' tab and for the buttons at the bottom of the interface, please see the 'Common interface elements' page.

The Ocean object can act either as a primitive object in its own right, or as a deformer. If it is a deformer it does not generate a mesh itself and like other deformers must be made the child of another object.

The width and height of the object in scene units. Only available when 'Type' is set to 'Primitive'.

Only available when 'Type' is set to 'Primitive'. The ocean object is divided into a number of segments. Reducing this value gives a smoother, rolling surface but increasing it gives a choppier, more detailed surface.

Only available when 'Type' is set to 'Deformer'. It is the space in which the deformer operates. The choices are:

With this option, the deformer works in the UV space across the surface. You can see the difference between 'Surface' and 'Local' in this image. 'Surface' is on the left:

(Many thanks to Jon Bosley for the example image.)

The height of the waves in scene units.

The animation can be slowed down by reducing this value and speeded up by increasing it.

The type of noise used to generate the surface. There are several options:

The Tessendorf algorithm is used to generate the waves.

A shader can be used to deform the surface. Add a shader to the 'Shader' link field. Other settings are also available, and are described under the 'Shader & Noise' section below.

Instead of a shader you can choose one of Cinema 4D's noise types. The settings are described under the 'Shader & Noise' section below.

The following settings are used only for when 'Noise Type' is set to 'Tessendorf'.

The resolution used in Tessendorf's algorithm. Changing the selected resolution will alter the complexity of the surface, but note that the number of generated points and polygons does not change.

The higher the value, the longer it takes to process the algorithm each frame, so playback will be slower.

If checked, the animation will loop so as to provide a seamless repeating pattern. It will loop over the time given in the 'Loop Time' setting.

Only available if 'Looping' is checked. It is the length of time over which the animation will loop.

The deformed mesh is tiled over an area of the size determined by this setting. If you don't want to see any tiling of the ocean, ensure that this value is greater than the 'Width' and 'Height' settings (or larger than the object being deformed if 'Type' is set to 'Deformer').

This setting actually controls the size of the area deformed by the algorithm. If the object size remains the same, and you increase this value, the ocean will appear smoother and less detailed because you are seeing the same effect spread over a larger area.

For example, with the default width and height, and this setting set to 1000 units: 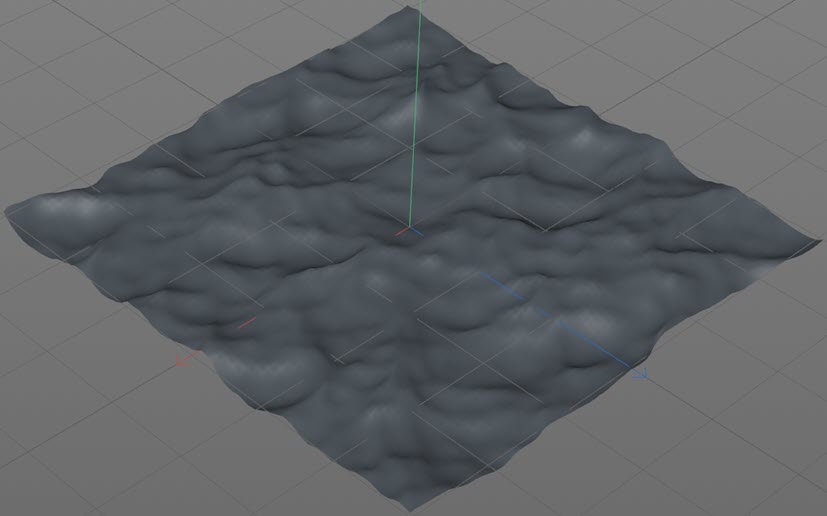 But with 'Ocean Size' set to 200 units, note the surface tiling: 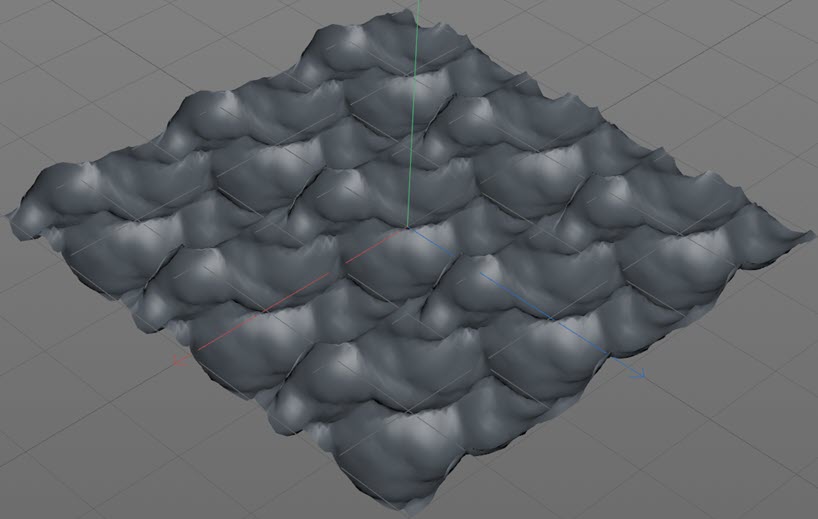 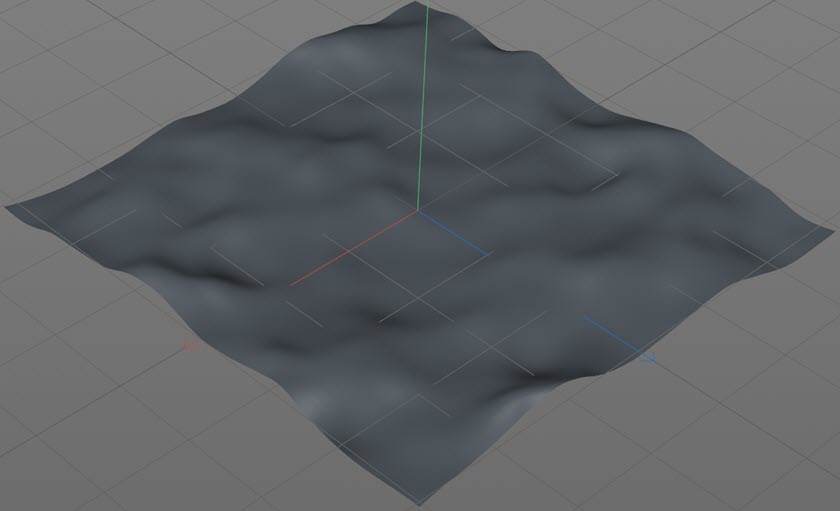 As this value increases the waves become fewer but larger; surface detail is reduced.

Increasing this value will increase the appearance of choppiness by sharpening the wave crests.

Waves behave differently in deep water compared to shallow water. Experiment with this setting to fine-tune the wave appearance.

Increasing wind speed will tend to drive the generation of wide, flat waves while at low speeds short choppy waves are produced.

This is the degree to which the wave movement is aligned with the wind direction. At 1 (the default setting) the waves move in the wind direction; at zero, they don't seem to move at all and you have a body of choppy water with no overall direction.

Damping reduces the tendency of the water to move chaotically and if set to 1 gives a strong directional flow. At zero there is no apparent flow at all and the water appears to behave chaotically.

If checked a vertex map tag is added to the object and a vertex map will be generated with the highest values (white areas) on the wave crests.

The name of the vertex map tag that is generated. You can change this if desired.

As this value increases the white areas of the map become more and more restricted to the wave crests.

This is the amount of falloff from the highest values to zero. As this is increased the falloff is increased and the white areas of the map are reduced. For example, this Ocean has all default settings except 'Decay', which is zero:

Check this switch to enable smoothing of the vertex map.

The strength of the smoothing effect.

These settings are only shown if 'Noise Type' is set to 'Shader' or one of the C4D noises.

A link field for a shader if 'Noise Type' is set to 'Shader'.

The animation speed of the shader, measured as the distance the shader displacement moves across the surface in one second.

These settings scale the shader across the two axes of the object. Note that height in this context refers to one of the dimensions of the object, not the wave height.

These are the standard settings seen in the Cinema 4D Noise shader. Please refer to the C4D documentation for details.