This modifier enables you to change physical properties of the particle, which are used by the FLIP simulator.

This setting controls how often the parameters will change. By default it is set to change every frame, but this can be increased to slow down the rate of change if desired. 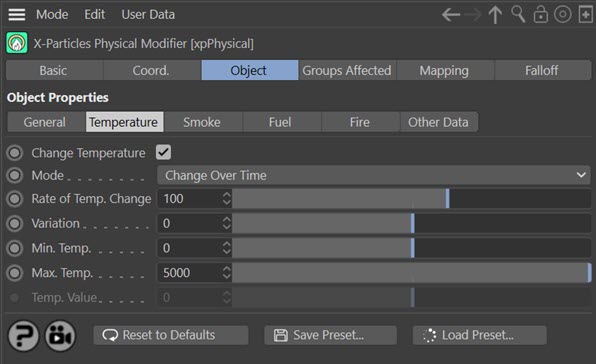 If this switch is checked, the modifier will change the particle temperature.

This drop-down menu controls how the modifier will change the temperature. It has two options:

The temperature will change using the value in the 'Rate of Temp. Change' parameter.

The temperature will be changed immediately to the value in 'Temp. Value'.

The temperature is set using a shader. If you select this option, the following parameters are shown:

Rate of Temp. Change and Variation

This is the rate of change of the temperature. The change in this setting will take place each time the change occurs so at the default settings the temperature will increase by 100 every frame. Negative values will decrease the temperature. Variation can be added with the 'Variation' setting. These parameters are only used if 'Mode' is set to 'Change Over Time'.

These are the maximum and minimum values for temperature which will not be exceeded. These parameters are only used if 'Mode' is set to 'Change Over Time'.

The temperature value used when 'Mode' is set to 'Set Value'.

With these settings you can control the temperature using a shader. If you use a true 3D shader such as Noise, Rust or Earth, the values are sampled across 3D space. With other shaders and with bitmaps only 2D sampling is possible (across the X and Y axes).

In this example, a black and white noise shader has a brightness ranging from 0 to 100%. This then sets the temperature value between the minimum and maximum settings. The emitter colour mode is set to 'Use Gradient (Parameter)' using Temperature as the parameter and with a blue to orange gradient: 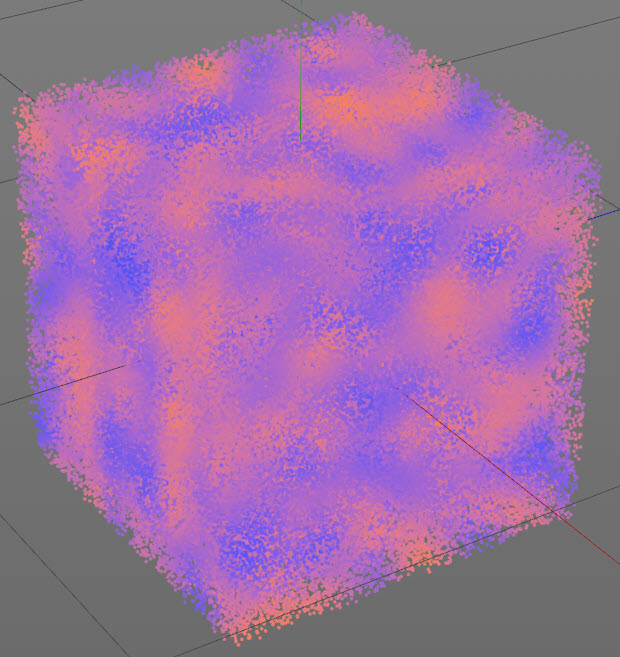 You may want to set more than one value, e.g. temperature and smoke, at the same time. If you click 'Copy' all the shader parameters will be stored in memory. Then in another tab, if you click 'Paste' the parameters are duplicated in that tab. This saves you having to alter all the values by hand so that they match in each tab. 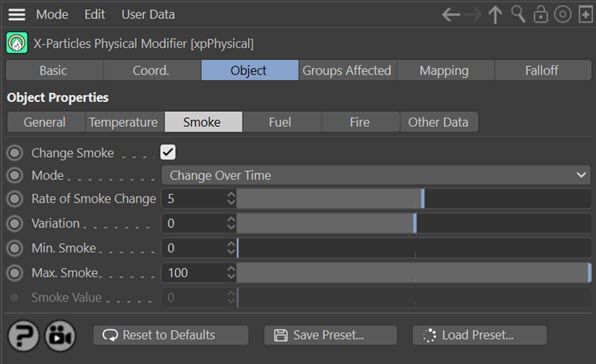 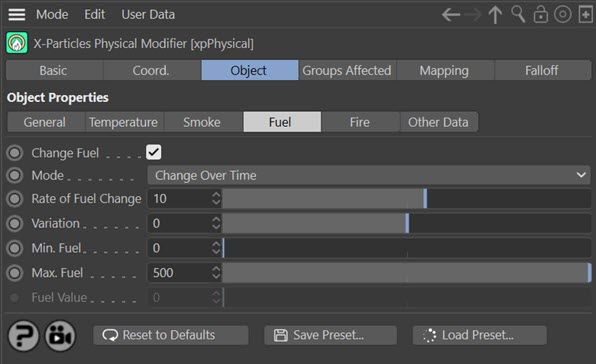 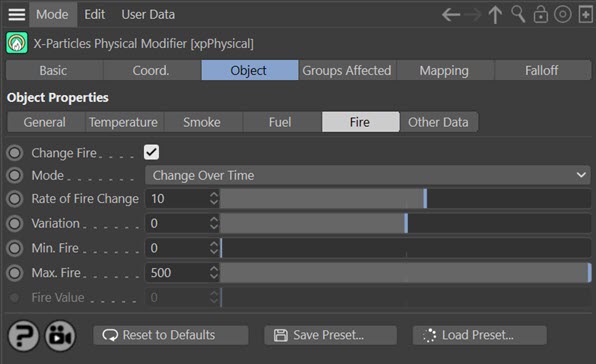 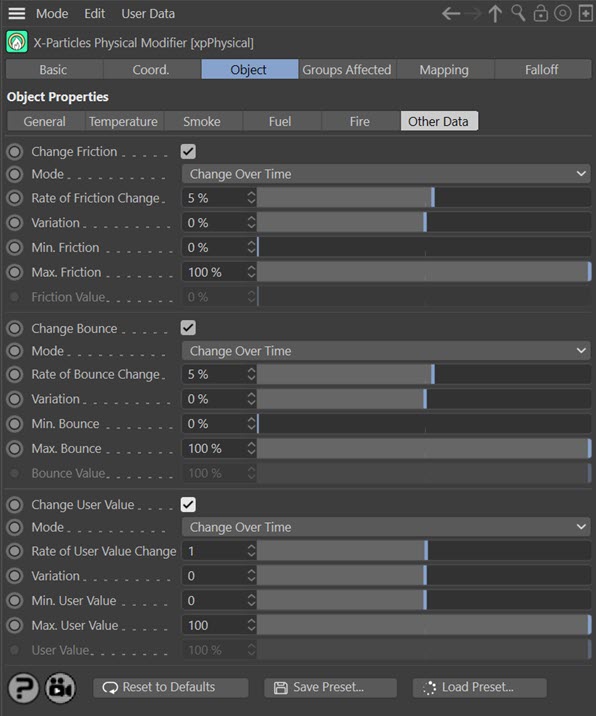 The 'Change User Value' section refers to the 'User Value' set in the emitter's extended data tab and further details can be found on that page.