This action gives control over a Branching modifier. 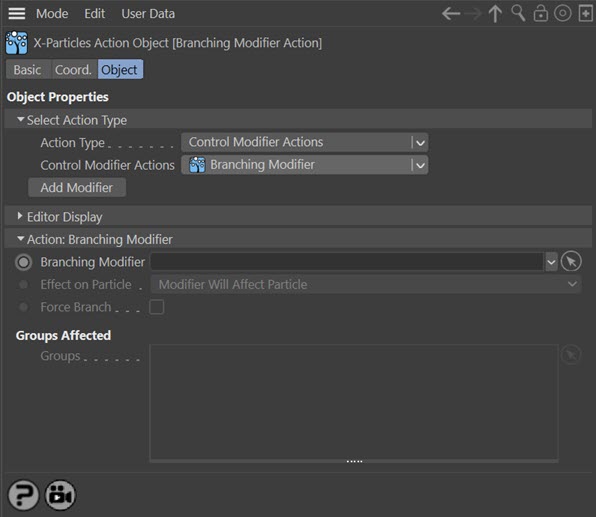 This field accepts a Branching modifier which you drag into the field from the Object Manager. Without a linked modifier, you cannot access any of the other parameters and the Action will have no effect. In addition, in the modifier's interface the Mode parameter MUST be set to 'Action-controlled'. If it is set to 'Independent' the modifier will simply work on its own like any of the standard Cinema 4D modifiers and the Action will have no effect on it.

If checked, then when the action is triggered, it will force the modifier to branch immediately from the particle, rather than waiting until the time until the next branch has elapsed.