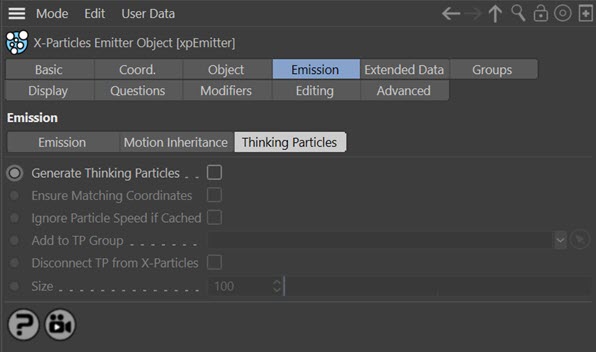 If the offset between the two particle types is not a problem in your scene, it is strongly recommended that you leave this switch off. If it is an issue for you, try turning it on and checking the effect on any other objects produced by the X-Particles system.

Used when caching an emitter which generates Thinking Particles. See the Cache object - Issues to note for more details.

This setting is mostly used with the Proximal shader. It influences the size of the effect of the shader.