With this modifier, you can arrange for Python code to be executed when a particle is within the modifier's field of effect. You have access to the particle data, which enables you to change the data in any way you like. 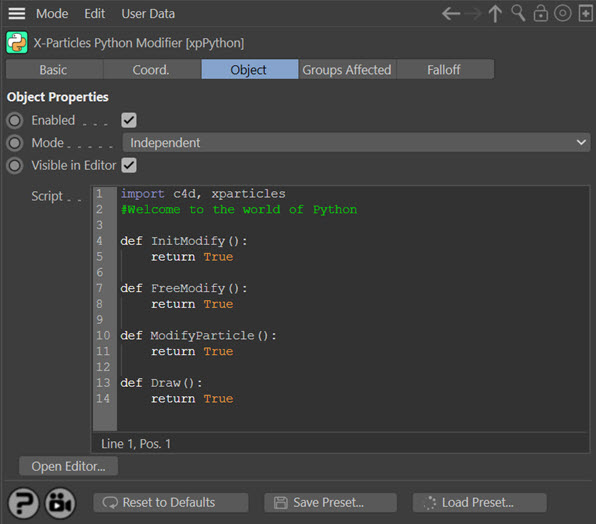 To make the modifier invisible in the editor, but still active, check this switch.

This is where you enter the Python script to be carried out. A simple default script is provided. To see how to use this, see the page 'Using Python in X-Particles'.

This button opens the Cinema 4D script editor, which provides a better coding environment for writing your scripts. When you finish with the editor, simply close it and the Script field in the modifier will be updated automatically (this sometimes seems to take a few seconds).