This action gives control over a Follow Spline modifier. 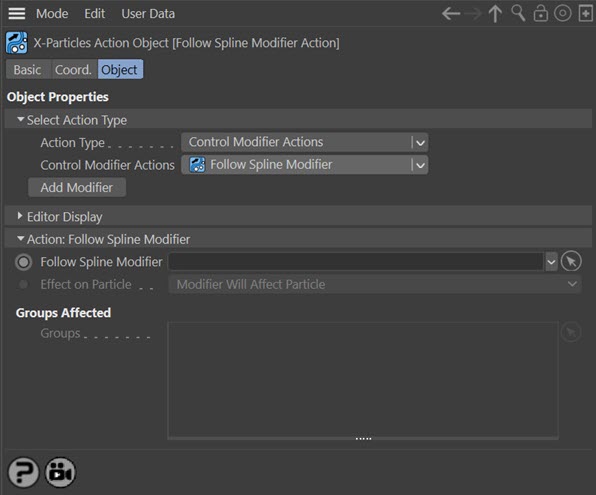