This is a channel shader that would typically be added to the Color or Luminance channels of a material. The material is applied to a Skinner object.

The is the shader's interface: 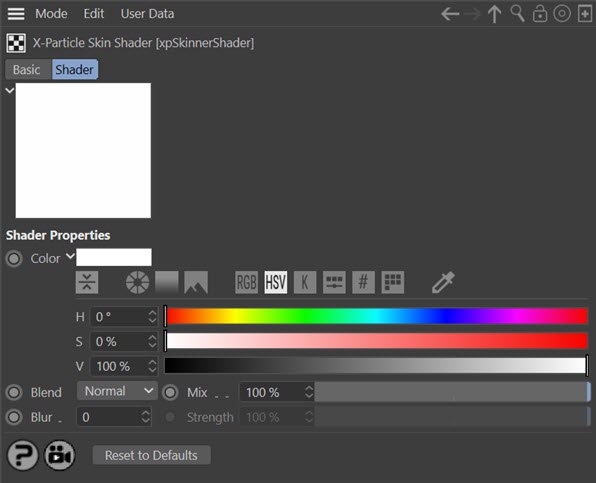 The Skin shader is used to shade the X-Particles Skinner. So you first need an Emitter plus a Skinner, to produce a mesh. Then create a material, add the Skin shader to the Color channel and apply the material to the Skinner object.

For example, if the shader Color was set to 100% red, and the particles used an age-dependent white-to blue gradient for their colour, you would see the rendered result as follows, at 100% mix, 50% mix and 0% mix respectively: 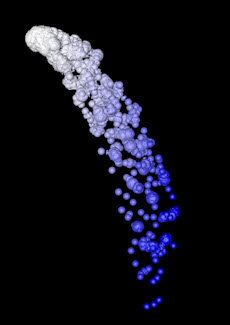 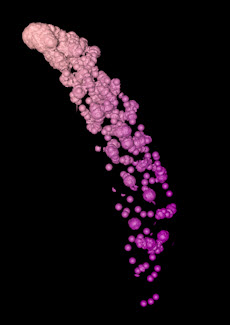 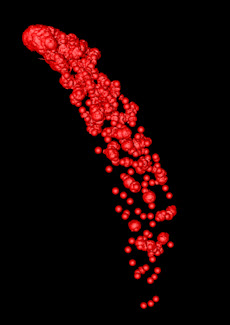 The colour to mix with the particle colour.

A drop-down menu with four blending modes between the different colours.

The contribution made by the particle and shader colours to the final result. See 'Using the shader' above for a more detailed explanation.

The shader can soften the boundaries between colours using this setting, which is the size of the blurred area.